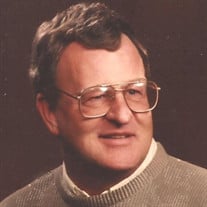 William (Mac) McIntyre Mitchell age 80 of Christiansburg Virginia died on September 8th, 2020. Born in Christiansburg VA on Dec 17, 1939 to William Currie (Jack) Mitchell and Louise McIntyre Mitchell an only child, Mac was raised here, achieved the honor of Eagle Scout, and graduated from Christiansburg High School in 1958. He enjoyed the friendships of his youth his entire life. Mac graduated from Davidson College in 1962, and in the same year he married the love of his life, the former Neva Lynne Black of Florence SC. Mac and Lynne enjoyed 56 years of marriage until her passing in August of 2018. Mac served as an officer in the US Army Medical Corp primarily at Fort Jackson in Columbia SC until his honorable discharge in 1969. Mac and Lynne returned home and joined his father in operating Mitchell Sales Hardware, Mitchell Fertilizer, and the family cattle farm until his retirement. Mac was a Deacon and Elder at Christiansburg Presbyterian Church. Recently Mac has resided in both Christiansburg and in Campobello SC. Mac and Lynne were the proud parents of Jeff, Bruce, and Katy and grandparents to 26 grandchildren and two great-grandchildren. Mac was most proud of his marriage and family where he taught the value of keeping your word, hard work, contentment, that truth matters, friendships are worth the investment, and that no opinion or possession is greater than one’s relationships. Mac is survived by his son W. Jeff Mitchell and his wife Kirin of Campobello SC and their children, Katherine, Stephen and his wife Samaria, Phillip and his wife Aya and children Noah and Levi, Kristen, Andrew, Kaitlyn, Kellie, Paul, Jonathan, Keira, Kimberli, Matthew, and Caleb. Mac is also survived by his son Bruce C. Mitchell and his wife Cathy of LaGrange KY and their children, Alex, Jake and his fiancé Hannah Clear, Cady, Cara, and Nick. Mac is survived by his daughter Kathryn B. Mitchell and her husband Matt Zeiger of Blacksburg VA and their children, Eli, Caroline, Paige, Ellie, Isaac, Addie, Kelby, and Tristan. Services will be held at Horne Funeral Home, Christiansburg on Saturday September 19th at 1 pm. Visitation will be from 11 am to 1 pm prior to the service with interment at Sunset Cemetery immediately following. The family will receive friends at Mac’s home that same afternoon and evening.

The family of William 'Mac' McIntyre Mitchell created this Life Tributes page to make it easy to share your memories.

Send flowers to the Mitchell family.