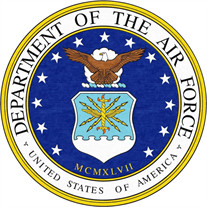 William Ronald ‘Ronnie’ Hawkins, 87, of Christiansburg, passed away on February 21, 2021. He was born on June 3, 1933 in Christiansburg, VA, the son of the late Andrew and Eleanor Dixon Hawkins. In addition to his parents, he was also preceded in death by his son, Ronnie Joe Hawkins; and brother, Joseph A. Hawkins. He is survived by his daughter, Nancy Ann Simutis (Len) of Summerville, SC; his brother, Thomas H. Hawkins (Estella) of Houston, TX; two granddaughters, Valerie Phippen and Sara Rossi; four great-grandchildren, Hunter Phippen, William Phippen, Blake Rossi, and Julianna Rossi; as well as several nieces. Ronnie was graduate of Christiansburg High School and attended VPI for a short period before entering the military. He was a Korean veteran with 10 years active military service in the US Air Force. He was subsequently employed by RDAISA as a Dept. of the Army civilian at the Radford Army Ammunition Plant retiring June 30, 1990 with a total of 40 years in the Federal Government. He was a Mason in McDaniel Lodge #86 for over 50 years and was a member of Taylor Royal Arch Chapter #70. He was an Amateur Radio Operator (W4OUC) for over 60 years. Ronnie was also a life member of the St. Paul United Methodist Church, Christiansburg, VA. Services are private family. In lieu of flowers, please make donations to the Christiansburg Fire Department, P. O. Box 833, Christiansburg, VA 24068.

The family of William Ronald 'Ronnie' Hawkins created this Life Tributes page to make it easy to share your memories.

Send flowers to the Hawkins family.