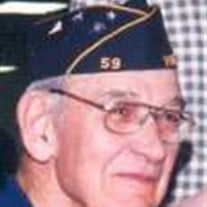 Rodney David Lester, 96, of Christiansburg, VA died December 3, 2012 at Carilion NRV Medical Center after a short illness. He was born January 1, 1916, the son of the late Victor V. and Kittie Richardson Lester. He was a graduate of Christiansburg High School and attended Roanoke College where he was an accomplished football and baseball player at both schools. A veteran of World War II, he was a Corporal in the Army Air Corp serving with the 8th Air Service Group. In 1946, he married Georgia “Jack” Parrish, who predeceased him in March 2000. He was employed by the United States Postal Service at the Christiansburg and Cambria Stations. He retired from the USPS with 30 years service in 1977. He was an Honorary National Life Member of The National Association of Retired Federal Employees. Mr. Lester was a long time member of Main Street Baptist Church, member of the American Legion Post 59 for 70 years, and supporter of American Legion baseball and VFW bingo. In 2010 he received the Certificate of Honor award for membership in American Legion Post 59 where he had served as Adjutant for more than 50 years. For many decades, Mr. Lester made sure that American flags were flown on Christiansburg’s Main Street and Sunset Cemetery during military holidays. He was also involved with American Legion Boys State of Virginia for 50 years where he served as both Treasurer and Registrar for 30 years and continued to serve as Registrar until 2004. In 1985 he was inducted into the Virginia Boys State Hall of Fame. He was predeceased by his brothers Stanley, Ralph and William Lester. Survivors include his three daughters and their husbands, Janet and Bob Peterson of Waynesville, NC, Harriet and Jimmy Williams, Betty Jo (B.J.) and Barry Willard, of Christiansburg; four grandsons, David T. Williams and wife Kati (Wise) of Blacksburg, James P. Williams and wife Nicole (Fougere) of Manassas, Cpl Travis L. L. Willard, USMC of San Diego, CA, and John B. Willard of Christiansburg; four great-grandchildren, Maggi, Hayli, Zachary and Alex Williams; one sister, Estelle L. Chandler, Mountain City, TN., numerous cousins, nieces and nephews. Visitation with the family will be from 3:00-6:00 p.m. Saturday December 8 at Horne Funeral Home and an hour before the service on Sunday. The funeral service will be Sunday December 9 at 2 p.m. at Horne Funeral Home Chapel followed by a graveside service at Sunset Cemetery, Christiansburg. The family suggests in lieu of flowers, please consider making a contribution to a charity of your choice.

Rodney David Lester, 96, of Christiansburg, VA died December 3, 2012 at Carilion NRV Medical Center after a short illness. He was born January 1, 1916, the son of the late Victor V. and Kittie Richardson Lester. He was a graduate of Christiansburg... View Obituary & Service Information

The family of Rodney Lester created this Life Tributes page to make it easy to share your memories.

Send flowers to the Lester family.