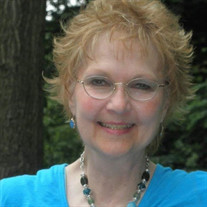 Max Kathleen Lindsey Young (Kathy), also known as Rainbow the Clown, (aged 75) of Yadkin County, NC, went to be with Jesus on May 21, 2020. Due to the Corona policies, the hospital would only let two people be with her as she passed. Kathy&#8217;s... View Obituary & Service Information

The family of Max Kathleen 'Kathy' Lindsey Young created this Life Tributes page to make it easy to share your memories.

Send flowers to the Young family.