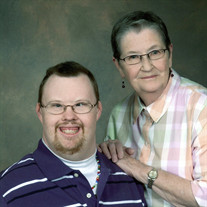 Florine Brantley Walters (Miss Florine), age 82, of Christiansburg, Va., went to be with the Lord on Wednesday, December 11, 2019. Born in Nash County, North Carolina, she met and married her sweetheart, stepping into the honorable role of military wife. Florine was a diligent and dedicated American Red Cross volunteer during the Vietnam War. She and her husband, the late CW2 J. R. Walters, followed where the Army led and eventually made their home in Christiansburg where they raised all five of her children. She was a beloved foster mother to many young children while simultaneously mothering her own. Florine worked in the Montgomery County School system for a number of years before retiring in the mid-1990’s. She was a kind, fun-loving, and energetic woman who was always in search of new endeavors to pursue. Florine was not interested in retirement for long. One of her most beloved achievements was coming out of retirement to spend several years as a co-director and teacher of In His Steps Preschool. She was actively involved in her church, Good Shepherd Baptist, where she held many responsibilities throughout the years. One of her favorite responsibilities in the church was being a Prayer Warrior. Florine’s endless love for her preschool students and her church family is a powerful force that will remain with those left behind for many years to come. Florine is reuniting in Heaven with her parents, Hillie and Hattie Mae Brantley; her brothers, John Daniel and Buster; her husband, J. R. Walters; and her son, Jamie Jay Walters. She is survived by her children, Dorine (Rod) Sheppard, Malinda Walters, Andrea (Scott) Wellman, Kelly Brantley Walters; grandchildren, Cassidy Sheppard, Ashlyn East, Garrett East, and Landen Sheppard; and her beloved nieces. The family will receive friends from 12:00 – 2:00 p.m. on Monday, December 16, at Good Shepherd Baptist Church in Christiansburg, Virginia, with the funeral immediately following. Food and fellowship to celebrate Florine’s life will be held at GSBC after the funeral. Because of cremation, flowers may not be sent to the funeral home. In lieu of flowers, please consider making a donation to either the American Heart Association or the Alzheimer’s Association in her honor.

Florine Brantley Walters (Miss Florine), age 82, of Christiansburg, Va., went to be with the Lord on Wednesday, December 11, 2019. Born in Nash County, North Carolina, she met and married her sweetheart, stepping into the honorable role of military... View Obituary & Service Information

The family of Florine Brantley Walters created this Life Tributes page to make it easy to share your memories.

Send flowers to the Walters family.