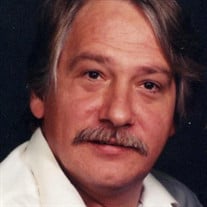 Douglas ‘Doug’ Richard Snead, Jr., age 62, was called home on Thursday morning, January 28, 2021. He started his journey in Abingdon, VA, born the second child of his late parents, Douglas Richard Snead, Sr. and Beulah Moody Snead. He was also preceded in death by a beloved sister, Doris Ann Davenport; and a brother, Eugene ‘Gene’ Snead. Doug is survived by his wife of 28 years, Carolyn Blackwell Snead; step-son, Daniel DeMartin of Stanhope, NJ; daughter, Angela Henegar of Abingdon; sisters, Teresa Woody of Morganton, NC, and Linda Snead of Johnson City, TN; brother, James Snead (Penny) of Abingdon. Also surviving are numerous nieces, nephews, and grandchildren – both natural and ‘adopted’. Since he was very young, Doug called Will Shelor Son and Will called him Dad. Will and his wife Kate have been a blessing to both Doug and Carolyn. Their children, Gracia Shelor, Jocelyn Shelor, and Elaine Shelor all call him Paw Paw. His other joys in life were running his auction house and attending flea markets. Visitation will be held at Horne Funeral Home on Tuesday, February 2, 2021, from noon to 1 p.m., with Funeral Services to begin at 1 p.m. in the Chapel, with Rev. Frankie Graham officiating. Interment will follow in Restvale Cemetery, Floyd.

The family of Douglas 'Doug' Richard Snead Jr. created this Life Tributes page to make it easy to share your memories.

Send flowers to the Snead family.