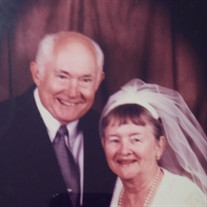 Donald Dunn Poole passed away on November 2, 2019 in Salem, Virginia. He is preceded in death by his parents Henry Stephenson Poole of Rocky Mount, North Carolina and mother Frances Elizabeth Colvin Poole of Richmond, Virginia. Donald was born in Washington D.C. on May 3, 1935. His family then moved to Arlington, VA. He graduated from Washington-Lee High School in 1953. He went to Capitol Radio Engineering Institute in Washington D.C. and some special classes at the University of Virginia, northern Virginia campus. Don attended “Vista” Computer school with RCA in Cherry Hill, NJ. Don worked with “Sun Radio Group” in Washington D.C., the “Teleprompter Corp” which included five years on contract with the US Air Force in the Pentagon and as an electronic technician with the US Army working in the US Army’s Ordinance Guided Missile School at Redstone arsenal in Huntsville, AL. After the military, he went to work for RCA, at the NASA Marshall Space Flight Center, Huntsville, Ala, then at NASA Goddard Space flight Center, Greenbelt, MD. In 1974, Don went to work for the Veterans Administration in Washington, DC working with the in-house television production center for VA employees (serving 172 hospitals). Don retired from Veterans Administration in 1995. Don and his first wife, Lena, raised four children – Roy (Knoxville, TN), Stephen (Hazel Green, AL), Timothy (Portland, OR) and Jewelya (Helena, MT). He is survived by 13 grandchildren – Chad, Jeremy, Jonathon, Sarah, Joshua, Amanda, Jared, Jonah, Ruth, Rachel, Adrianne, Isaac and Joseph. In 2001, Don moved to Shawsville, VA and married his second wife, Fran. There he, his wife and friends were very instrumental in starting the Meadowbrook Museum specializing in the history of Eastern Montgomery County, Virginia, writing interviews of seniors and archiving their oral histories of the area. They published three books while operating the museum on the families and history of the area. Funeral services will be held on Friday, November 8, 2019 at Crocket Springs United Methodist Church, Shawsville, VA with visitation from 9 – 11:00 a.m. and service at 11:00 a.m. Interment will be held immediately after in the Southwest Virginia Veterans Cemetery in Dublin, VA. In lieu of flowers memorials in Don's name may be made to Meadowbrook Museum, 267 Alleghany Springs Rd. Shawsville, VA 24162.

The family of Donald Dunn Poole created this Life Tributes page to make it easy to share your memories.

Send flowers to the Poole family.