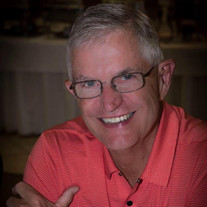 Dennis Semones of Christiansburg, VA stepped into heaven October 10, 2021. He is survived by his faithful wife Betty Beamer Semones whom they celebrated their 50th anniversary in 2017; three sons and their wives Michael and Patti, Mitchell and Leigha, and Brandon and Alison; twelve grandchildren, Kaitlyn, Kaleigh, Kensie, Ryan, Caleb, Matthew, Cristen, Eden, Erik, Luke, Isaac and Ella; brother and sisters, Larry Semones, Brenda Semones, Sandra and her husband John Lewis, Neil and his wife Rita Semones; and close family members Billie Jean Hill, Barnett and Bonnie Beamer, and Frank and Cheryl Beamer; Aunt Stella Jones Frye and her husband Carlos; and numerous nephews, nieces, cousins, and many close friends. Dennis was preceded in death by his father and step-mother Gentry and Lois Semones, and his mother and step-father Alice and Gordon Jenkins; brother-in-laws Henry Hill and Kenneth Lewis. Dennis graduated from Hillsville High School in 1963 where he was class President. He earned a scholarship to play football and study at Virginia Tech. He went on to earn a degree in Business Administration and Finance in 1967. He also earned a Master’s Degree in School Administration and Guidance in 1970. He was employed at Cave Spring High School as a teacher, coach, and guidance counselor. He went on to become the Principal at Floyd County High School for 13 years. Dennis then became the Principal at Glenvar High School in 1985. He retired from Roanoke County Schools in 2001. He later served at-risk children in Radford City Schools until 2020. Dennis was a member of St. Paul United Methodist Church and served on several committees. He was a member of the Christiansburg Lions Club and served as President. Dennis was an avid golfer, and enjoyed the day he hit a hole in one with his sons present. He was a huge Virginia Tech sports fan, served as a Hokie Representative, and also was Vice-President of the Blacksburg Sports Club. Dennis will be remembered as one dedicated to his family, a loving husband, supportive father, and fun-loving grandfather. He was hardworking, kind hearted, and had a spirit of friendliness and hospitality which could be felt in social gatherings of friends and family. He will be missed dearly. The funeral service will be held at 1:00 Friday, October 22nd, 2021 at St. Paul Methodist Church in Christiansburg. The family will receive friends from 11 to 1:00 PM prior to the service. Following the service, there will be a graveside ceremony at Wilkinson Cemetery in Hillsville, Va. In lieu of flowers, donations may be made to a tax-deductible mission fund to support Dennis’s granddaughter Kaleigh as she serves in missions overseas in the Middle East for the next two years. Checks may be made to Dwelling Place, 3325 North Franklin Street, Christiansburg, VA 24073 with “Kaleigh Semones” in the memo or online at www.bit.ly/semones to make a donation. You may follow the funeral online at https://www.youtube.com/dwellingplacenrv

Dennis Semones of Christiansburg, VA stepped into heaven October 10, 2021. He is survived by his faithful wife Betty Beamer Semones whom they celebrated their 50th anniversary in 2017; three sons and their wives Michael and Patti, Mitchell... View Obituary & Service Information

The family of Dennis Semones created this Life Tributes page to make it easy to share your memories.

Send flowers to the Semones family.