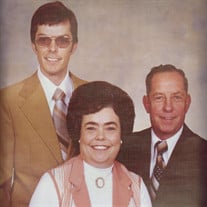 Charlie Elmer Orange, age 89, passed away on Friday, November 8, 2019 at his home in Christiansburg, VA. He was born on November 17, 1929 to the late George Leonard and Ida Bell Orange in Blacksburg, VA. He was in the Marine Corp during the... View Obituary & Service Information

The family of Charlie Elmer Orange created this Life Tributes page to make it easy to share your memories.

Send flowers to the Orange family.